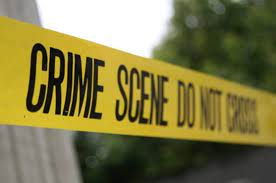 Tugen estate in Moiben Sub County on Friday woke up to sad news that a man had killed his wife and mother before burning their bodies.

Uasin Gishu County Police Commander Ayub Gitonga Ali while confirming the incident said the man had first killed his wife before removing all her belongings and burning them with the body.

In a phone interview with Uasin Gishu News, Gitonga said the man also killed his mother when she came to help address the issue.

“The man killed his wife are removed everything outside and burnt her. When his mother came, he hit her with a blunt object and killed her also. The wife was burnt beyond recognition but the mother could still be identified.”

According to the police boss, neighbors in the Tugen estate were notified of the incident following wailings from children who turned against the man, beating him up before the police came to his rescue.

The man is now in police custody even as the investigation into the incident begins.

“This is a sad incident. People tried to beat the man but he was rescued by the police. He is in our custody now.”

The reason behind the gruesome murder is still not yet known.